Established in 1841 by Mr S Jackson and originally called 'The Goats Head Inn', later 'The Macclesfield Arms', then 'The Davenport Arms', and now 'The Three Brothers Arms'.

Mr Jackson gave it up after a few years and Samuel Davenport, the 'Squire' of the district, had trouble finding a suitable tenant to replace him. He believed that a well-run Inn was essential if Macclesfield was to benefit from the passing trade, particularly after the Wellington ferry across the River Murray was opened in 1847.

James Hackett arranged with Samuel to take up the lease and he had an inn licensed and operational as the 'Macclesfield Arms' in 1846.

Reference: ‘Hotels and Publicans in South Australia’ by J L (Bob) Hoad. Multiple attempts have been made to contact the author for copyright permission, with no success. 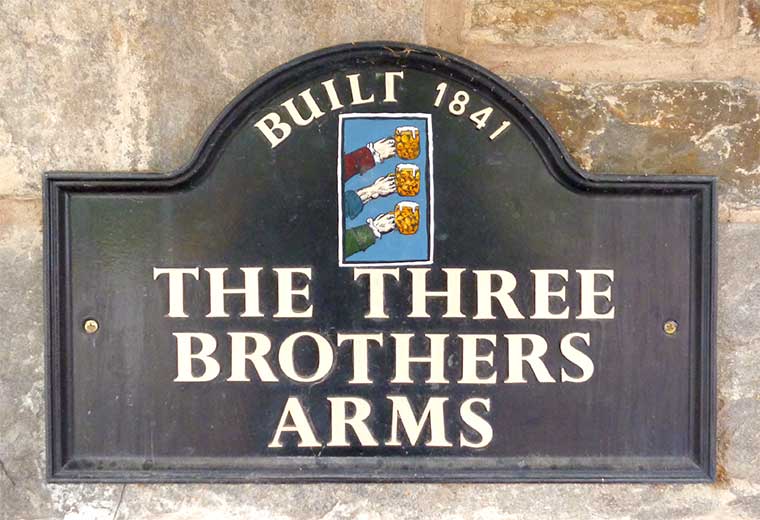 We continue here with another one of the photos of Macclesfield, from days past, that we are privileged to have thanks to K M Bowen (formerly of Flaxley). This is the Davenport Arms Hotel, which is today known as the Three Brother’s Arms Hotel, a popular place for visitors to the Macclesfield area of today.

We don’t know the date of this photo unfortunately, nor the names of the folk standing out the front of the hotel by, the motorcar. We can tell from the name painted above, that the hotel was licensed at that time by Kerrison, who was one of a long line of licensees of this hotel over the years and that their telephone number was Macclesfield 2.

The first hotel in Macclesfield (The Goats Head) was established very early in this town’s history, around about 1842 and, was a popular stopping place for those travelling later on the east/west route, through to the goldfields and back and to other areas in that general direction.

From the model of the motorcar (Rego No. 228-311) we might suggest a date for this photo in the early to mid twenties. (Note the large wire wheels on the car!). Those among us who are more expert at recognising the dress of these folks, may be able to put a better date on it than that. It would appear that some of this group have either just arrived in town by this car, or more likely, probably about to leave. Note the suitcase alongside the young woman on the right and the better dressing of the travellers. My guess is that the man in black is the driver of the car.

Not many folk had their own private motorcar in those days and we do know that during a later period, there was a car service running from Macclesfield to the city, so maybe this vehicle is also a service car, rather than a private one?

Did anyone notice that the young lad kneeling down is holding onto a small black dog. Great photo and, it is a valuable addition to our history collection. 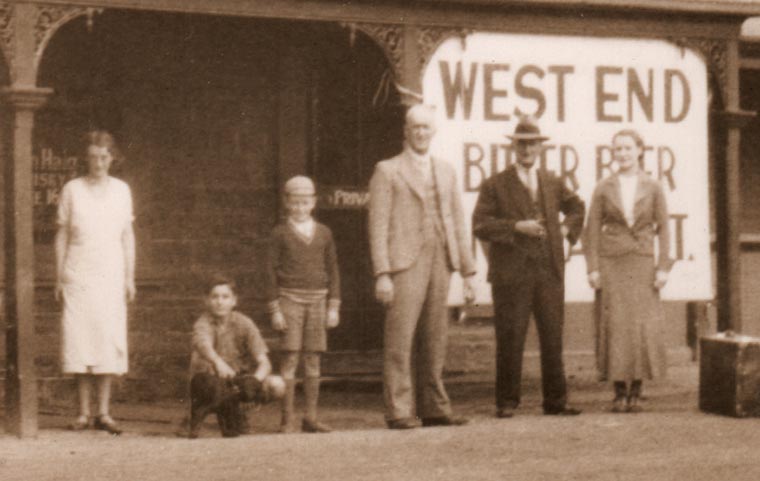 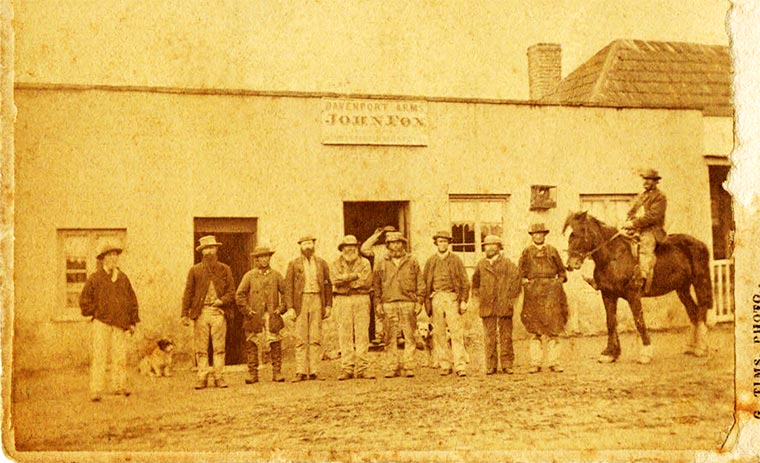 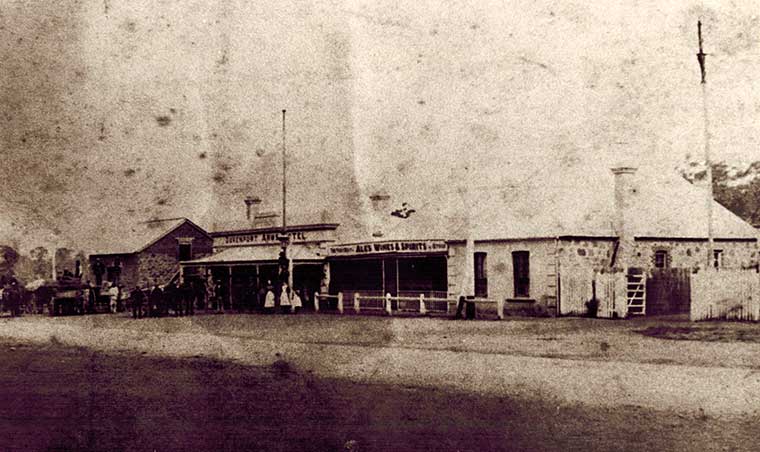 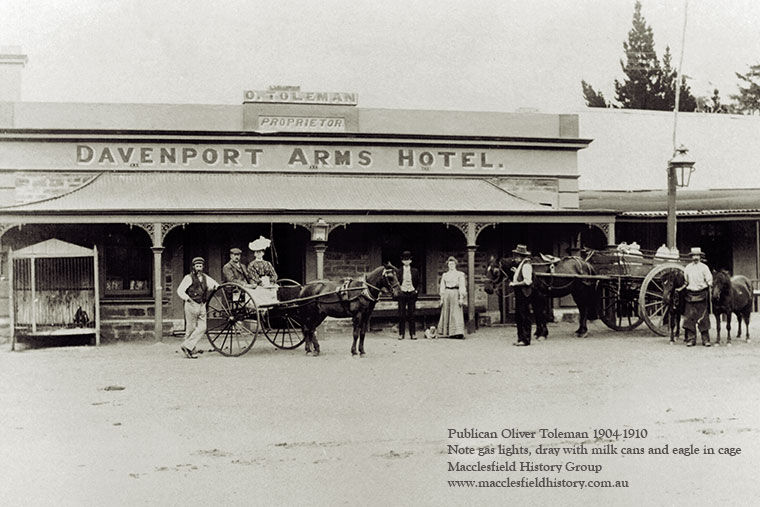 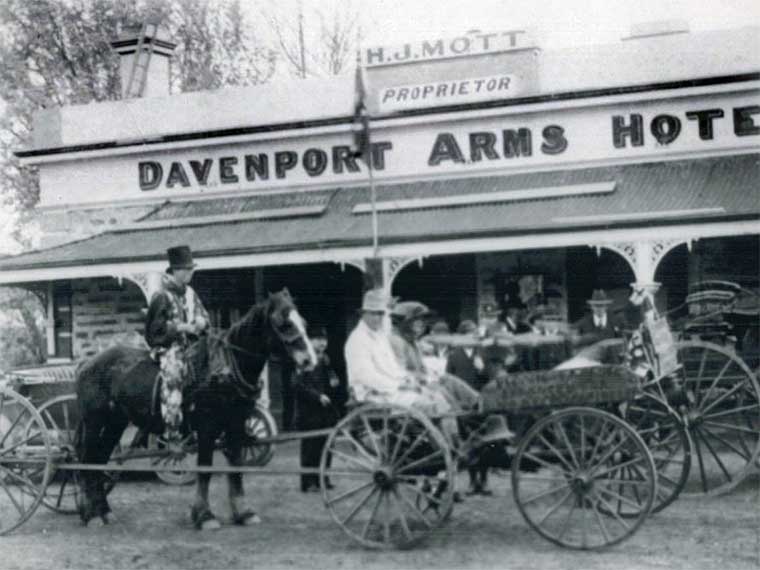 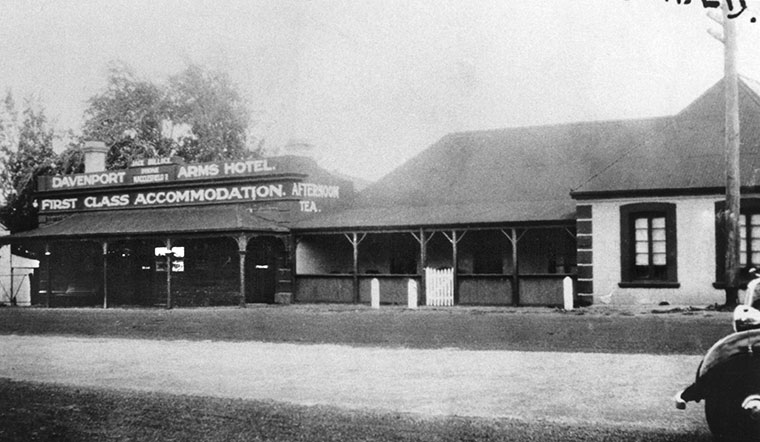 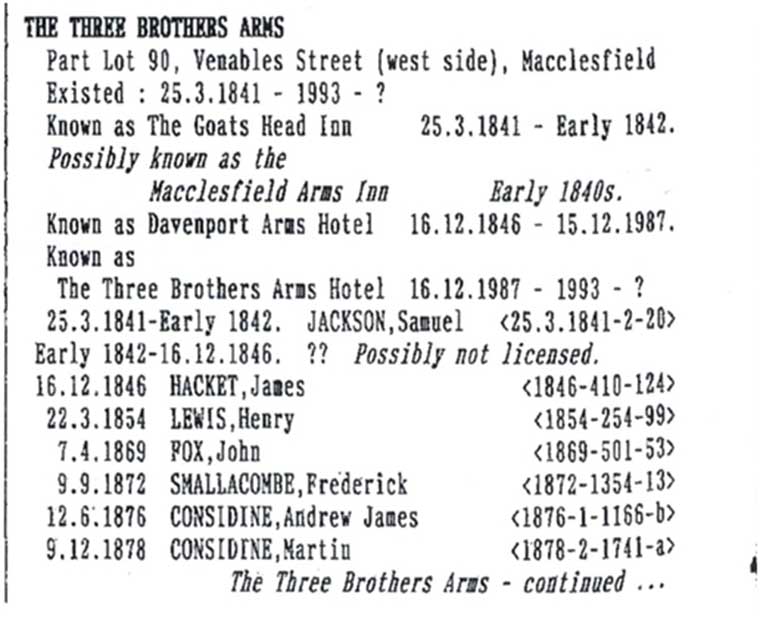 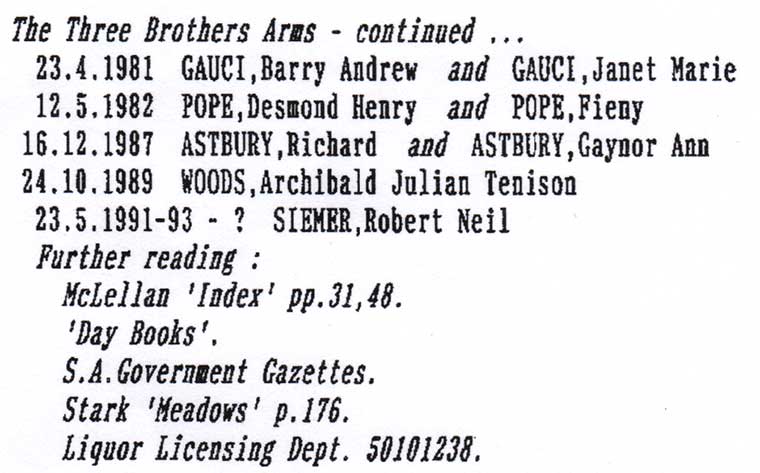