The Returned Soldiers League, Macclesfield Division, first met on February 28 1941, and were established on March 29, 1941. Situated in the main street of Macclesfield, Venables Street, the group has occupied an historic school building since 1958. 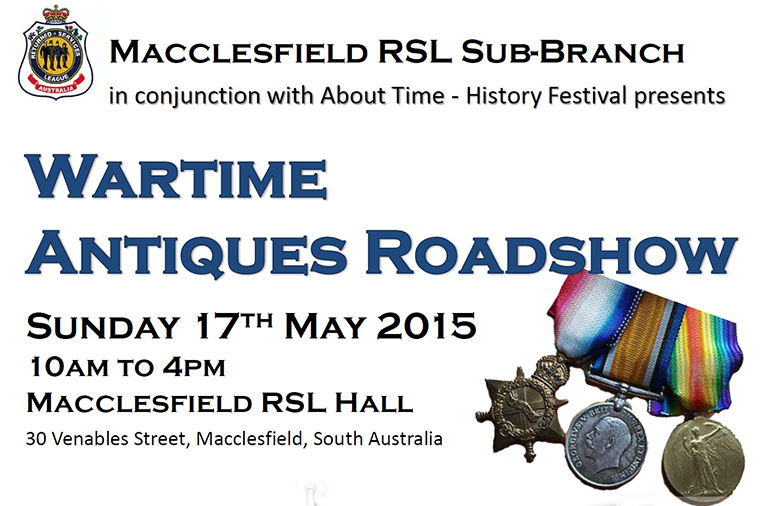 An ‘Antiques Roadshow’ style event where you can bring your family’s wartime memorabilia and find out what they are and what stories they tell.

Many families have medals in the sock drawer or old documents and photos they were handed down, but what do they mean and what can they tell us about your ancestors and family legends?

This was held at Macclesfield Oval, Strathalbyn Road, Macclesfield on Sunday 15 March 2015 at 10.30 am. The excellent opening address was given by Dennis Oldenhove, the current Macclesfield RSL President. Another speech was given by Martin Hamilton-Smith MP, the State Member for Waite, who himself had a distinguished military service, having at one time commanded Australia's first counter-terrorist assault force in the SAS in 1980.

The Macclesfield community, in conjunction with the District Council of Mt Barker, has turned two acres of disused land into a landscaped garden, with paved walkways, comfortable seats, a statue and other works from local artists. There are a number of dedications to the local past military men and women, including a paver for every South Australian military person who served in Australia's defence. Much of the work in the park involved local volunteers.

The service included a dedication and wreath laying ceremony, followed by displays and demonstrations by present military groups and re-enactment groups, covering the different periods of service.

Dennis' vision was for the park, a large and beautiful area next to the oval and tennis courts, to provide a place of relaxation and contemplation for war veterans and the public, while providing a focus on the service provided by local men and women during times of war.

The following images demonstrate a large crowd attended, from all over Australia, to make for a successful day.

Part of the crowd of both local and interstate attendees. 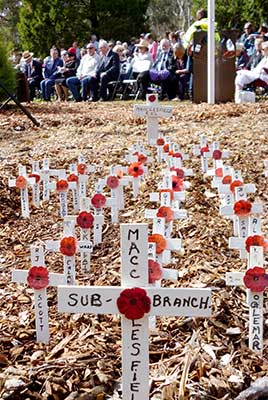 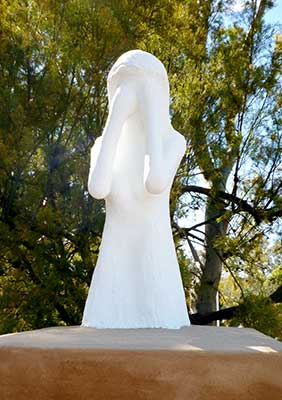 Crosses and some of the audience, and "A Weeping Woman" by Kym Afford of Mt Barker 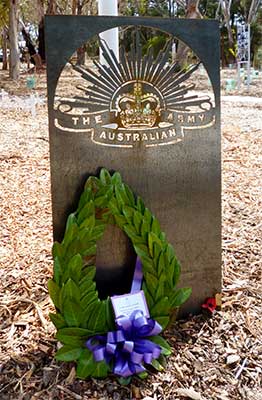 The Rising Sun Badge of the Australian army. 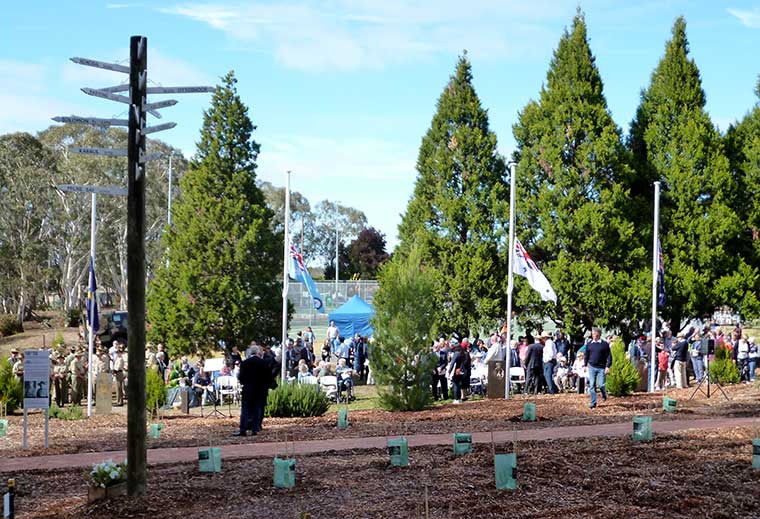 The signs on the signpost point to many of the theatres of war that involved Australians. 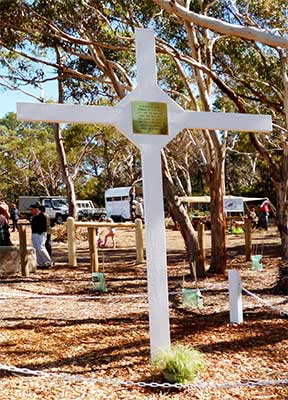 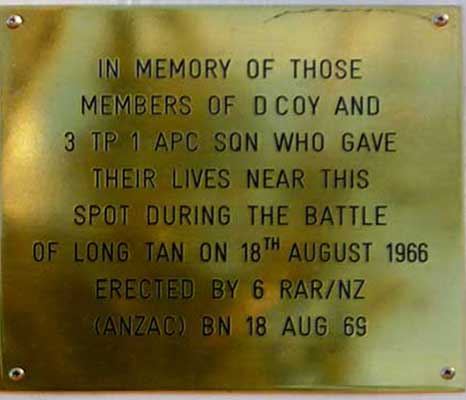 A cross raised to those who fell at the Battle of Long Tan. 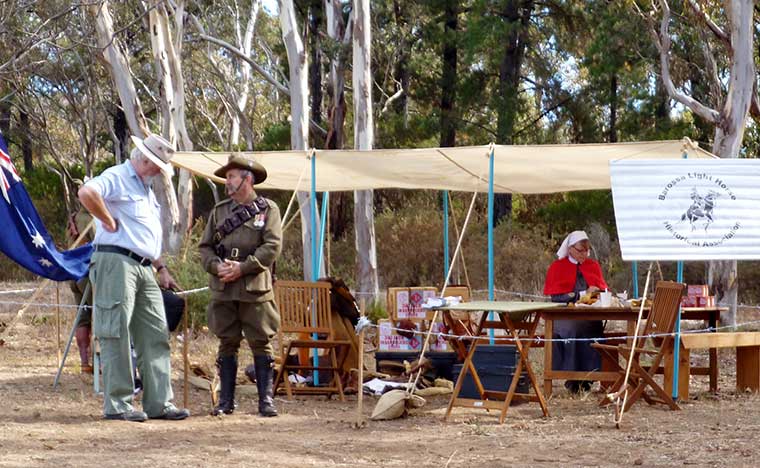 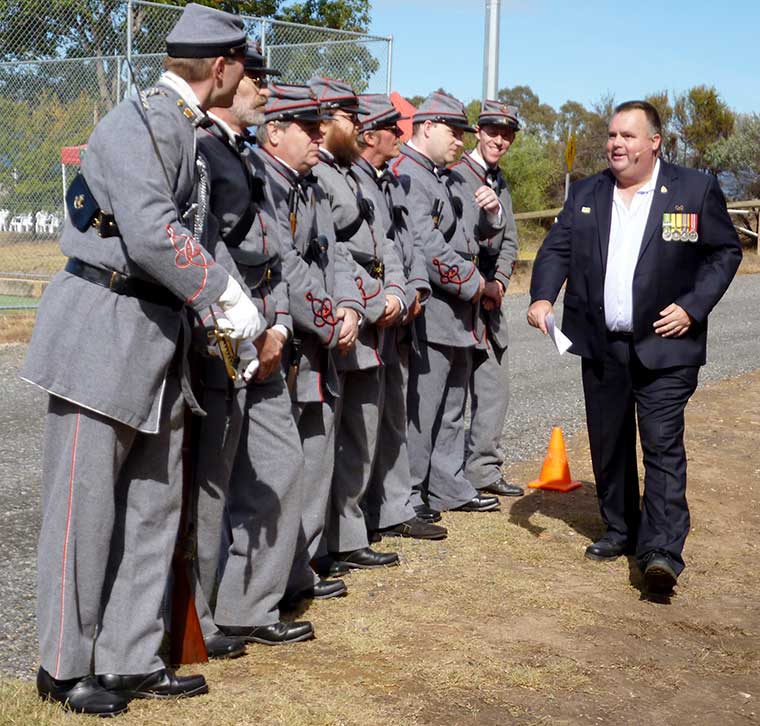 The South Australian Register (Adelaide, SA: 1839 - 1900), tells of a meeting on Saturday 18th February 1860, in the Macclesfield Hotel, with a Mr Krichauff in the chair. "58 persons put down their names as candidates for enrolment" in a "volunteer rifle corps in this district". 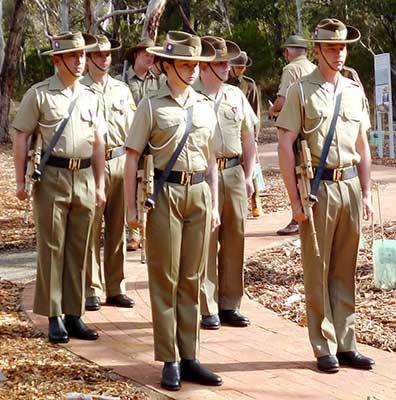 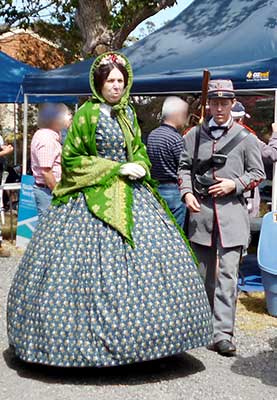 Catafalque party from 16th Air Land Regiment, based in Woodside, one of a number of representative groups from the various Armed Forces who attended on the day.

Above right: A hooped dress in vogue at the time.