Book Launch at the Macclesfield Institute Hall, Sat 27th May, 2017 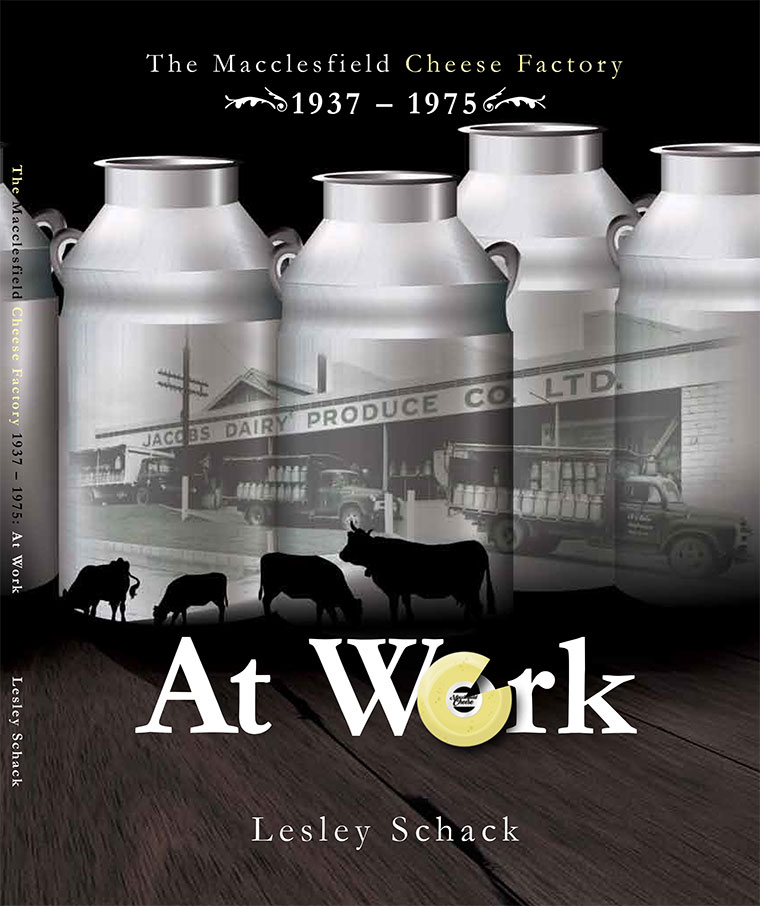 In 2014 we held a get together to celebrate the completed Oral History project.

At the time, it was suggested that a book should be written, being a more permanent record of the cheese factory and the central role it held in Macclesfield. It seemed like a good idea but of course nothing is as easy as it sounds! However it progressed slowly and late last year, I felt it was ready for some professional attention.

With financial support from History SA, The Mt Barker Council and the Macclesfield Community Association; we were then able to engage an editor historian and publisher, Mr Bernie O’NEIL.

While it was a bit daunting handing over my manuscript to him, he has proven to be thoughtful, thorough, and understands the need for a record of this unique period in the history of Macclesfield. Thanks for all your help and support during this project, especially with compiling the long lists of employees and contractors.

PS. Recently the new owners of the factory started restoration work on the building. To read more go to: https://www.facebook.com/maccycheesefactory/

BOOK LAUNCH: From the May Newsletter:

It will soon be time for the BOOK LAUNCH to be held on SATURDAY 27TH MAY 2-5PM AT THE INSTITUTE. We are getting excited and a bit apprehensive!

The printer - Reid Print Pty. Ltd., Mt Barker, will have the books ready for collection on Friday 26th May. Of course, nothing will go wrong!

Invites have been sent to those people known to be connected to the factory in some way including dairy farmers who supplied the milk, drivers of the milk trucks and factory employees. If you think of anyone else that may be interested, please pass on the details of the book launch.

Assisted by the Sunday Mail ‘Can you help’ column plus a great response from interested people, we have been able to identify the milk truck driver in the photo below. This is one of the many photos in the book. Jim SIMMONS, driver of the HS Davis & Son’s milk truck carrying soldiers who were billeted in the Macclesfield area in 1942. Jim SIMMONS together with his family owned a General Store in Venables Street for a number of years. His daughter Robin GIBBS (nee SIMMONS) has been in contact and has sent us this photo of her father. 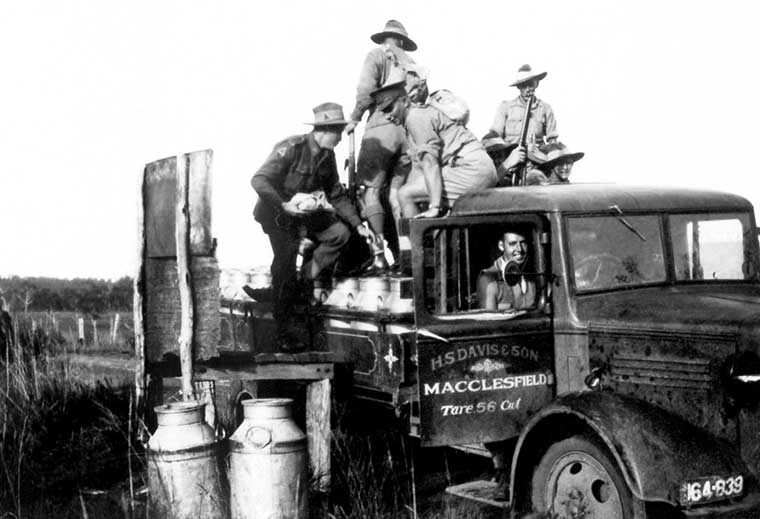 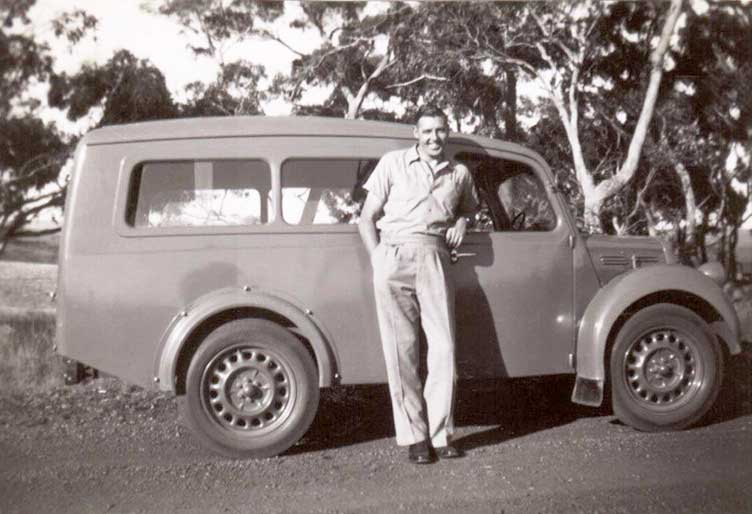 ‘AT WORK’ has approximately 104 pages including 48 original photographs with about 21 in duotone or colour, and maps, plans and charts. Michael ROSS prepared the maps and plans, and the creative outer cover design layout of the book is by Leigh and Ian GRUNERT of LeighSet Design. The cover is finished in gloss laminate. Lesley SCHACK is the author, and Convener of the Macclesfield History Group. The book is priced at $40. 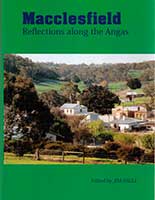 With the centenary of the laying of the foundation stone of the local Institute occurring in 1980, a burst of enthusiasm inspired us to attempt something positive regarding the compilation of our local history. Previously there had been spasmodic attempts at collecting data, searching newspaper files and delving into Archives material, with a view to 'some day, some time' writing an account of the early times.

As a result of our quest for information we were contacted by Jim Faull, head of the Geography Department of Hartley College of Advanced Education, who offered the facilities of his Department to our project. From that point it became a team effort. Jim and his students contributed months of of painstaking research, and their work forms the basis of the finished book. We are extremely grateful to them for their invaluable assistance. To all the others who helped in any way we also offer our sincere thanks.

Available from our online shop here.

'It is easier to understand the present, if one has some knowledge of the past.'

In recent years many histories of various districts in South Australia have been written but few, if any, will be like this book because it remembers the people and the events of the past, and provides a vauable source of information on the present, for future historians. ...

A final word of thanks must go to the Macclesfield Newsletter Committee for the ideas, the sheer hard work, and their commitment to such a worthy cause, and to the people who have contributed their history for this book to provide such an interesting account.

A booklet written on the centenary of the Macclesfield Catholic Picnic, giving a history, or collection of information, of the Picnic from newspaper accounts and verbal reports.