The Davenport Family established Macclesfield in 1840

George Davenport, an influential Oxford banker and a Director of the South Australian Company saw the policy of ‘Special Surveys’ as an opportunity to purchase a large amount of cheap land that could be rented to small farmers and eventually sold at a profit. In October 1839, he and two partners Frederick Luck and Roger Cunliffe, agreed to purchase 4,416 acres under Preliminary Land Order 162. George then sent his eldest son, George Francis Davenport, to South Australia to deal with the matter.

George Francis Davenport had to choose the land for the ‘Special Survey’ with a proviso that 576 acres had to be set aside for a town which would be mapped and marked out at the expense of the South Australian Commissioners. Francis was also responsible for the division of the land into lots for each partner.

In1840, George Francis selected a ‘Special Survey’ of 15,000 acres, setting aside land for the town of Macclesfield. It was named after the Earl of Macclesfield for whom his father George was a steward. He supervised the beginnings of the survey but returned to England in 1841, before it was completed. He left Henry Giles, son of the manager of The South Australian Company to manage his affairs.

In 1843 Francis returned with his wife Sarah, brothers Robert and Samuel and Samuel’s wife Margaret (nee Cleland). George Francis Davenport died in April, 1843 about five weeks after he returned to South Australia. He had what was thought to be typhus. His wife and children returned to England.

Following the death of their brother, Robert and Samuel were responsible for the administration of the 'Special Survey' and subsequent land divisions. Samuel and his wife Margaret lived in Macclesfield until 1850, when they moved to Beaumont. Robert purchased a local property he called Battunga and lived there with his family until his death in 1896.

In 1860 as a trustee of the Poonindie Mission, Samuel became a member of a Select Committee on the Aborigines. Between 1864 and 1872 he published several pamphlets on olive, silk and tobacco cultivation. Samuel also became president of the Royal Agricultural and Horticultural Society and later of the Royal Geographical Society of Australasia, South Australian Branch. He was a director of several companies, a trustee of the Savings Bank of South Australia and president of the Chamber of Manufactures.

Samuel was knighted in 1884 and received honorary doctorates from Cambridge University (1886) and elsewhere: [Ref. SLSA Papers of the Davenport Family PRG 40 Series List].

Referring to Samuel’s early life, an article in the Express and Telegraph newspaper dated 3 Feb, 1894 stated ‘It was no unusual thing for Mr. Davenport to get up at 4 o’clock in the morning, ride the 27 miles from Macclesfield to the city, attend the sitting of the Legislative Council and ride home the same night’.

Robert was a successful farmer, but also a Justice of the Peace and sat at Courts in the district of Mount Barker. In 1851 he was elected to represent Hindmarsh in the old Legislative Council, being one of the sixteen elected members. During his time in the Council he submitted a motion against State Aid to religion. He resigned in 1854 and did not seek further re-election.

Robert’s obituary in the South Australian Register of 4 September,1896 stated that ‘he lived nearly all his days at Battunga, as he did not care for a public life, preferring the rest and quiet of a country residence’.

Robert remained a country gentleman and raised a family of 8 - on strict religious lines - at his property “Battunga”. 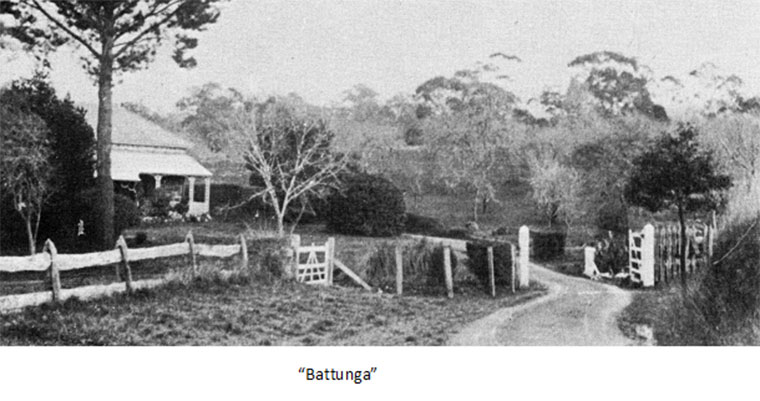 Links to Battunga: Cemetery, Aboriginal meaning the ‘place of large trees’, Watergate area.
A search of this site for Battunga via the Search button at right will bring up much more history concerning the Davenports and Battunga.

For further information about the Davenport Family go to the State Library of SA website at: - https://www.slsa.sa.gov.au/collection

and J150 Plaque "(Samuel) Davenport was a liberal-minded and literate parliamentarian and a promoter of industry, especially in the fields of horticulture and viniculture." 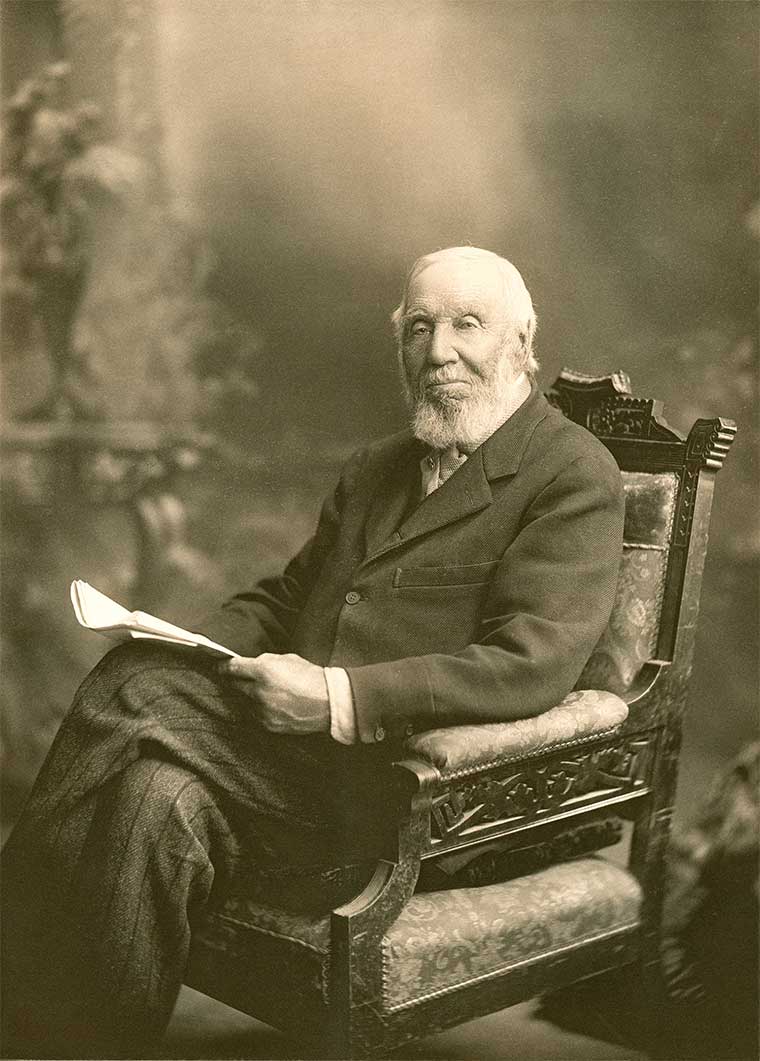 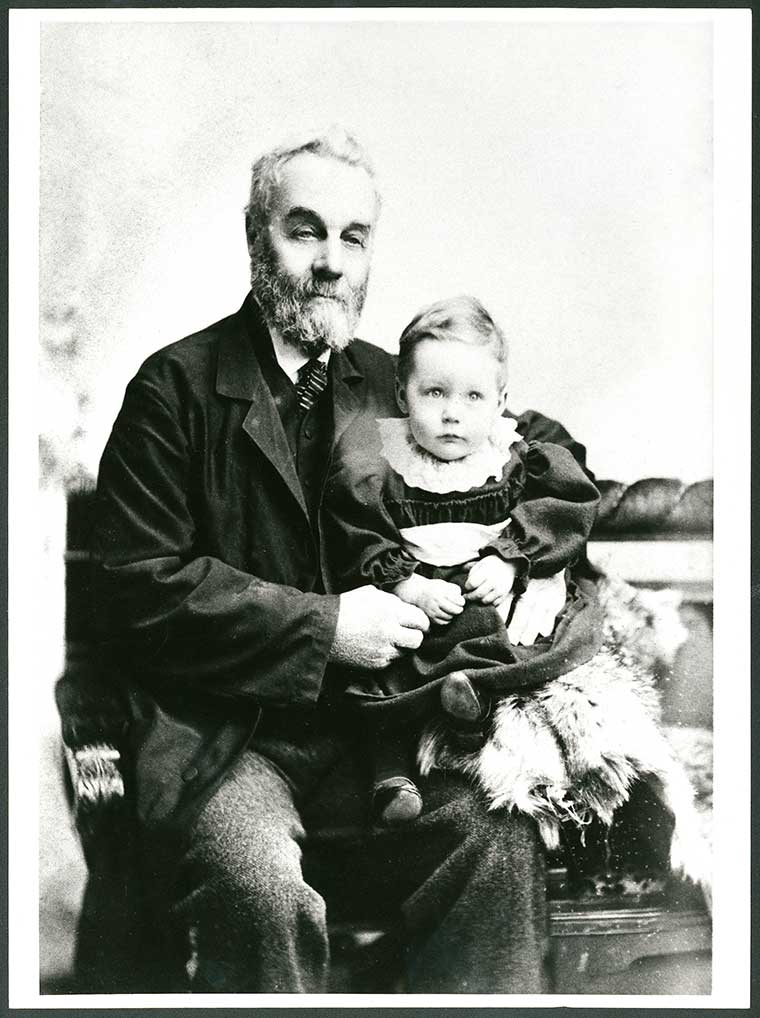 Above: Robert Davenport with his grandson Robert Cecil Davenport 1895c. SLSA collection [B17031]

By Ray Risely, from a Maccy Newsletter article.
A couple of our locals were wandering around a cemetery out Payneham way the other day looking for lost relatives when lo and behold they came across the graves of Sir Samuel and Lady Margaret Fraser Davenport. We will all recognise immediately that Samuel was one of the three Davenport brothers who came out to South Australia in the very early days to settle Macclesfield.

Samuel’s father, George, was the instigator of the initial land purchase and survey, and his eldest son, George Francis, was despatched from England, arriving here in February 1840 to supervise the survey, which was initially for a parcel of land near Port Lincoln. George Francis soon changed that to a 15,000 acre parcel in what is now Macclesfield, before returning to England in 1841.

Samuel and his wife Margaret were married in England just three months prior to their voyage from England. Margaret’s brother (John Fullerton Cleland) married an Elizabeth Glen and settled in South Australia in 1852, becoming Registrar General of Births, Deaths & Marriages. Elizabeth Glen was the sister of George (1827-1908) and Thomas Glen (1829-1875) who were step-brothers of Samuel’s wife Margaret.

In another letter in 1846, - “I post a letter for Mr Evan to his father at Enstone Oxon. Evans I have made schoolmaster at Macclesfield”. Henry Evans was a son-in law of Mr George Fife Angas.

Some of the original partners in the first survey were Roger Cunliffe and Frederick Luck.

Sir Samuel Davenport was nominated a member of the Legislative Council in 1846.

If you have read this far you will notice quite a tie-up of names familiar to us today as suburbs and streets.