*Saturday 27 July 2019 (weather permitting), 10am to 3pm, at the
Macclesfield Recreation Grounds, adjacent to the Lions Shed.

The Maccy Biochar Group Committee will demonstrate a simple method of making biochar using a so-called flame-capped open kiln. Come and see for yourself how it is done, learn about the merits of biochar and how the Maccy Biochar Group plans to make biochar on behalf of the community to help make Macclesfield carbon neutral.

Take home some biochar to try in that problem patch in your garden.

Report of the Open Day from Brian Lewis:

A good crowd of people saw for themselves what appeared to be burning wood become “charcoal” destined for the soil as biochar. They saw it done, learned about the merits of biochar and how the Maccy Biochar group plans to make biochar on behalf of the community to help make Macclesfield carbon neutral.

Thanks to the Maccy Men’s Shed, coffee & BBQ sausages were enjoyed by many. 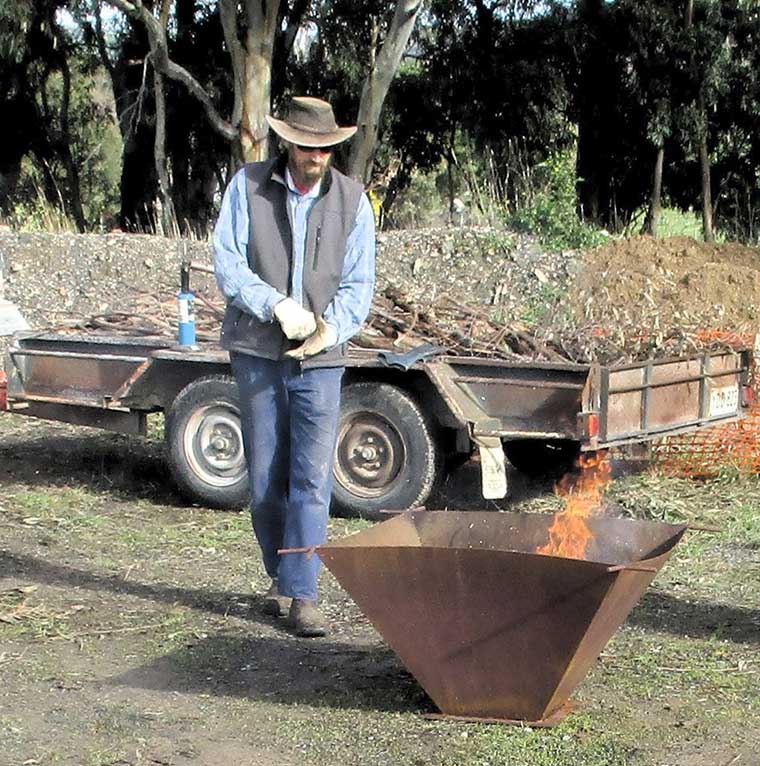 Climate change is the pre-eminent crisis we face today. A lot of thought is going into planning how we can adapt to climate change BUT not much is being done about actually mitigating it by capturing and sequestering carbon. But this is the essence of our current proposal.

By all means keep planting more trees. But remember that trees will only provide a carbon sink for the life of the tree plus a few years until it rots and decays to nothing and emits carbon dioxide back into the atmosphere.

Whereas biochar when sequestered in the soil will stay in the soil for many hundreds, maybe thousands, of years.

Current science and expert opinion indicate that sustainable biochar sequestration could provide about 40% of the carbon extraction needed to stabilise and then reduce the concentration of greenhouse gases in the atmosphere.

Approximately 75% of this can be provided by distributed low tech biochar production systems (such as flame-capped kilns). 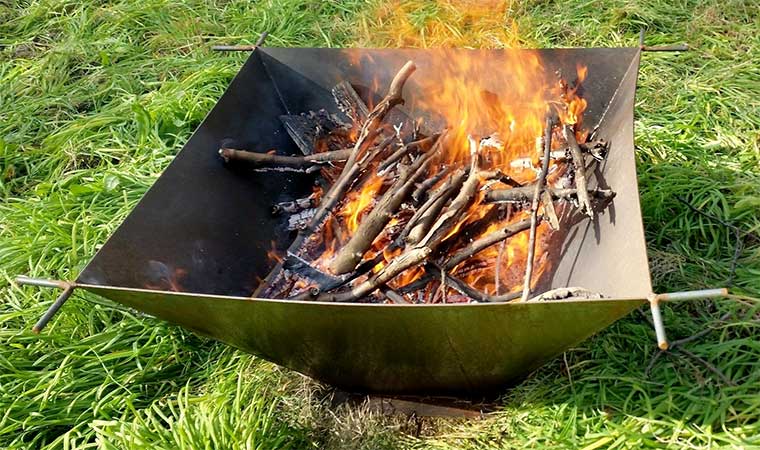 Making biochar using an example of a flame-capped kiln.

So, we propose to make Macclesfield carbon neutral by making biochar and putting it in the soil. This will sequester carbon AND improve our soil.

Our proposal will enable Macclesfield residents and local businesses and farmers to do something positive about climate change; while showing our children that we have not simply rolled on our backs and given in to it.

The operation of the Biochar Centre will be transparent and operated as an example to other country towns to do something similar.